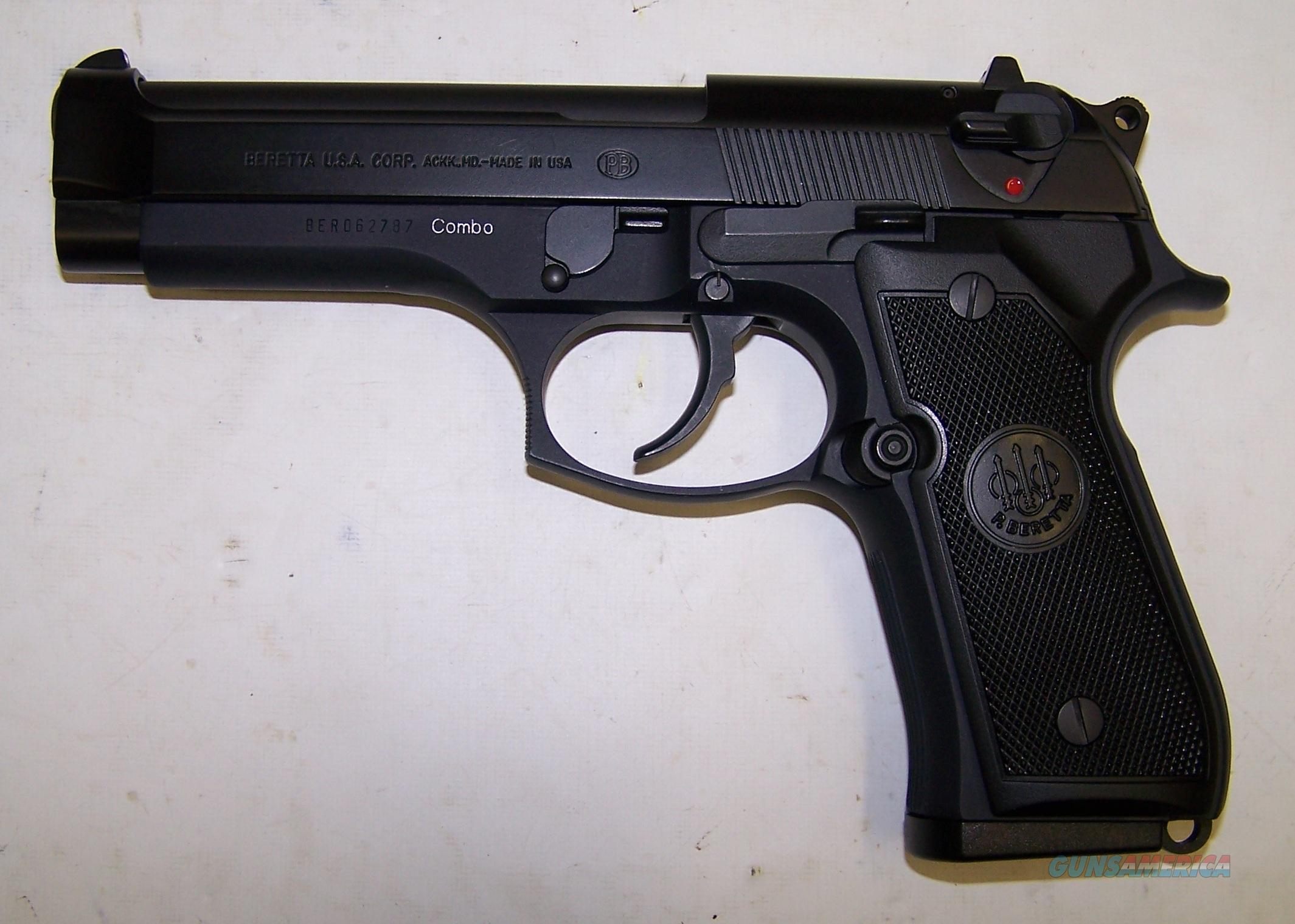 The Beretta 92 (also Beretta 96 and Beretta 98) is a series of semi-automatic pistols designed and manufactured by Beretta of Italy. The model 92 was designed in 1975 and production of many variants in different calibers continues today.

Fabbrica d'Armi Pietro Beretta (Italian pronunciation: [ˈfabbrika ˈdarmi ˈpjɛːtro beˈretta]; "Pietro Beretta Gun Factory") is a privately held Italian firearms manufacturing company operating in several countries. Its firearms are used worldwide for a variety of civilian, law enforcement, and military purposes. Sporting arms account for three-quarters of sales; Beretta is also known for marketing shooting clothes and accessories. Founded in the 16th century, Beretta is the oldest active manufacturer of firearm components in the world.[1] In 1526 its inaugural product was arquebus barrels; by all accounts Beretta-made barrels equipped the Venetian fleet at the Battle of Lepanto in 1571.[2] Beretta has supplied weapons for every major European war since 1650.[3]

The Beretta 92 pistol evolved from earlier Beretta designs, most notably the M1923 and M1951. From the M1923 comes the open slide design, while the alloy frame and locking block barrel, originally from Walther P38, were first used in the M1951. The grip angle and the front sight integrated with the slide were also common to earlier Beretta pistols. What were perhaps the Model 92's two most important advanced design features had first appeared on its immediate predecessor, the 1974 .380 caliber Model 84. These improvements both involved the magazine, which featured direct feed; that is, there was no feed ramp between the magazine and the chamber (a Beretta innovation in pistols). In addition, the magazine was a "double-stacked" design, a feature originally introduced in 1935 on the Browning Hi-Power.[2]

The FS has an enlarged hammer pin that fits into a groove on the underside of the slide. The main purpose is to stop the slide from flying off the frame to the rear if it cracks. This was in response to reported defective slides during U.S. military testing.[8] The 92FS also came in a Centurion model which featured a shorter barrel that just clears its full size frame.

The Beretta 92's open slide design ensures smooth feeding and ejection of ammunition and allows easy clearing of obstructions. The hard-chromed barrel bore reduces barrel wear and protects it from corrosion. The falling locking block design provides good accuracy and operability with suppressors due to the in-line travel of the barrel. This is in contrast to the complex travel of Browning designed barrels. The magazine release button is reversible with simple field tools. Reversing the magazine release makes left-handed operation much easier.

Increasingly, it has become popular to reduce handgun weight and cost as well as increase corrosion resistance by using polymers. Starting around the year 2000, Beretta began replacing some parts with polymer and polymer coated metal. Polymer parts include the recoil spring guide rod (which is now also fluted), magazine floor plate, magazine follower and the mainspring cap/lanyard loop. Polymer coated metal parts include the left side safety lever, trigger, and magazine release button.[9]

To keep in line with the introduction of laws in some locations restricting magazines that hold more than 10 rounds, Beretta now manufactures magazines that hold fewer than the factory standard 15 rounds. These magazines have heavier crimping (deeper indentations in the side) to reduce the available space while still keeping the same external dimensions and ensuring that these magazines can be used on existing firearms. Beretta also produces 15 round "Sand Resistant" magazines to resolve issues encountered with contractor made magazines, and 17 round magazines included with the A1 models. Both magazines function in earlier 92 series and M9 model pistols.

Italian magazine manufacturer Mec-Gar now produces magazines in blue and nickel finishes with an 18-round capacity, which fit flush in the magazine well on the 92 series. Mec-Gar also produces an extended 20-round blued magazine that protrudes below the frame by 3⁄4 inch (19 mm). These magazines provide users in unrestricted states with a larger capacity magazine.